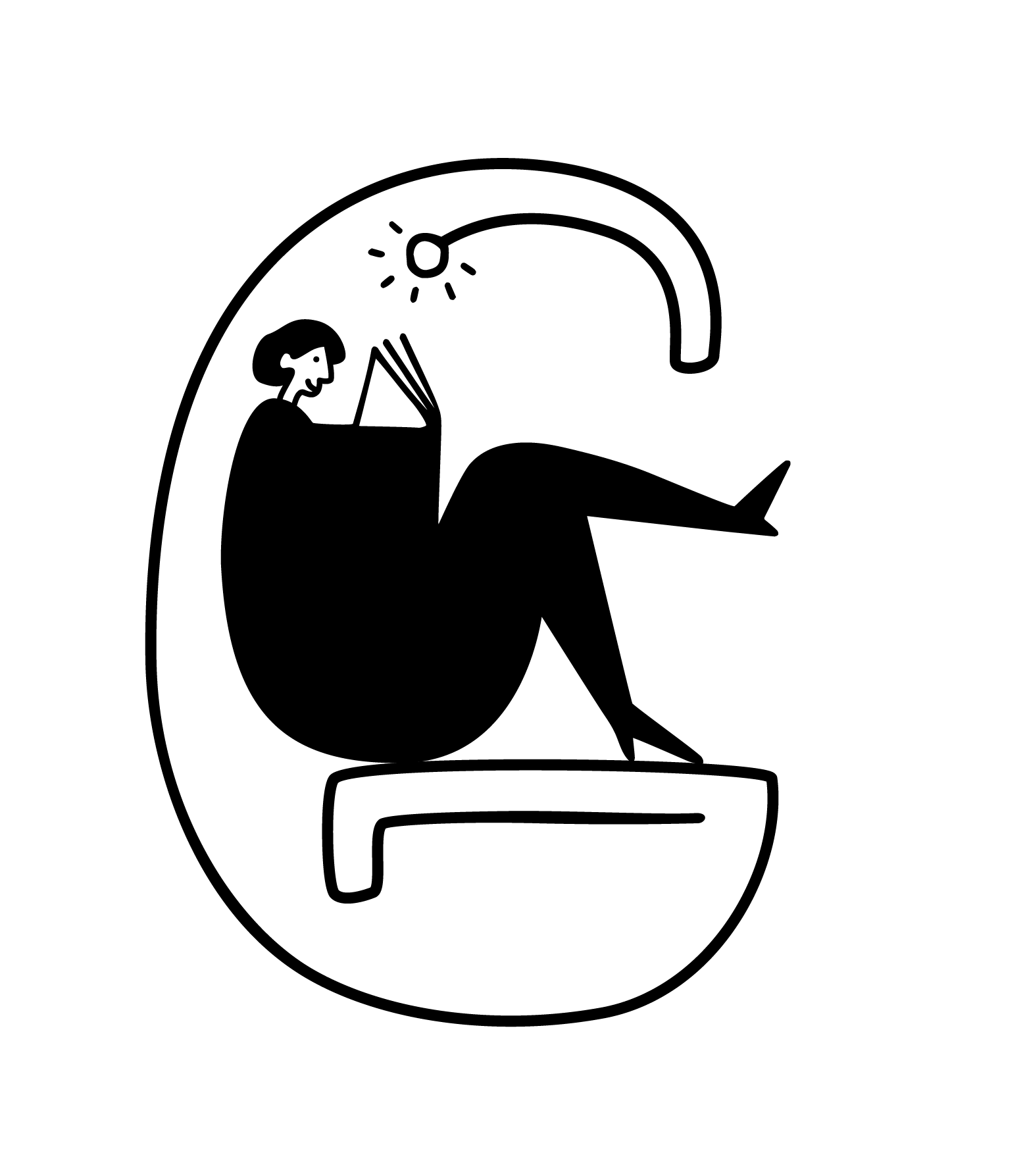 10/12/2021
The Moscow Non/Fiction Book Fair
One of the most popular Russian book fairs among foreign partners, Non/Fiction Book fair is traditionally held in early December. In 2020 it moved to the heart of Moscow to neighbour the Moscow Kremlin. I know that many foreign publishers wanted to visit it this year, but sadly it was almost impossible due to the Covid-19 situation. Of course, you are all very welcome to attend it next years!

It was a very heart-warming book event in the midst of the cold Russian winter. The children’s books top list included four titles from my catalogue and I’m very proud of the publishers, writers and illustrators that Genya aGency represents. 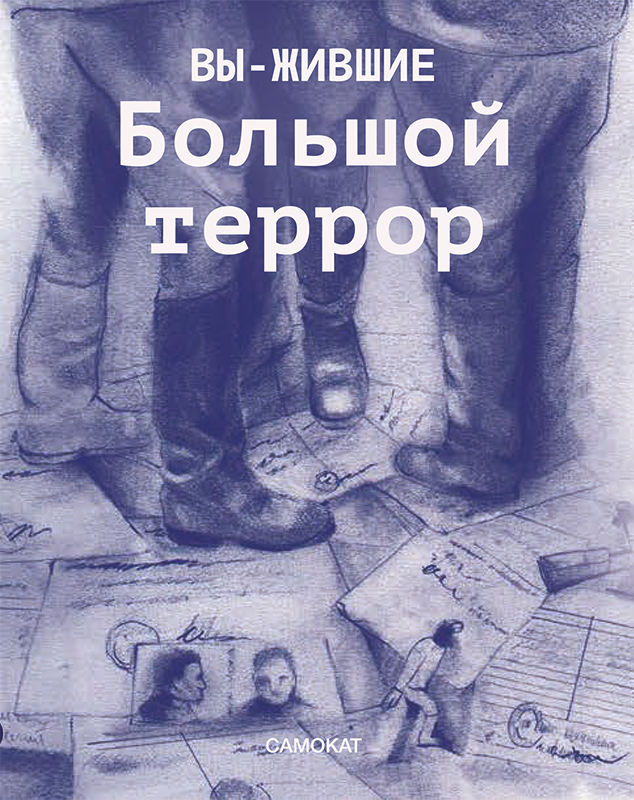 The Survivors. The Great Terror by the students of HSE Art and Design School, publ. by Samokat and the GULAG History Museum. This is a collection of six short graphic novellas that tell the stories of real people who were unjustly imprisoned in the USSR between the 1930s and 1950s.
What a Small Cat Needs by Natalia Shaloshvili, publ. by Polyandria. Through the story of a cute and funny little cat, readers will learn that it is natural to have needs and desires. Some of them are pretty basic while others may be not so obvious. A great example of how important it is to be attentive to the needs of those who are around us.
Heh, the Cheetah Who Couldn’t Run by Olga Vasilkova, ill. by Elena Repetur, publ. by Albus Corvus. This is a story of a young cheetah, born to run but who doesn’t know how to run. The weight of his family expectations is so heavy, but add to that his own expectations and his school, and it becomes almost unbearable…
Stardust. Languages and Signs by 27 authors and 25 illustrators, publ. by Whale Publishing. People, animals, plants – we all communicate. Messages are found all around us in texts, music, art, cinema... They can be verbal, visual, oral, tactile. A linguist, biologist, zoopsychologist, and sign language interpreter are joined by writers and poets to discuss different languages and signs. 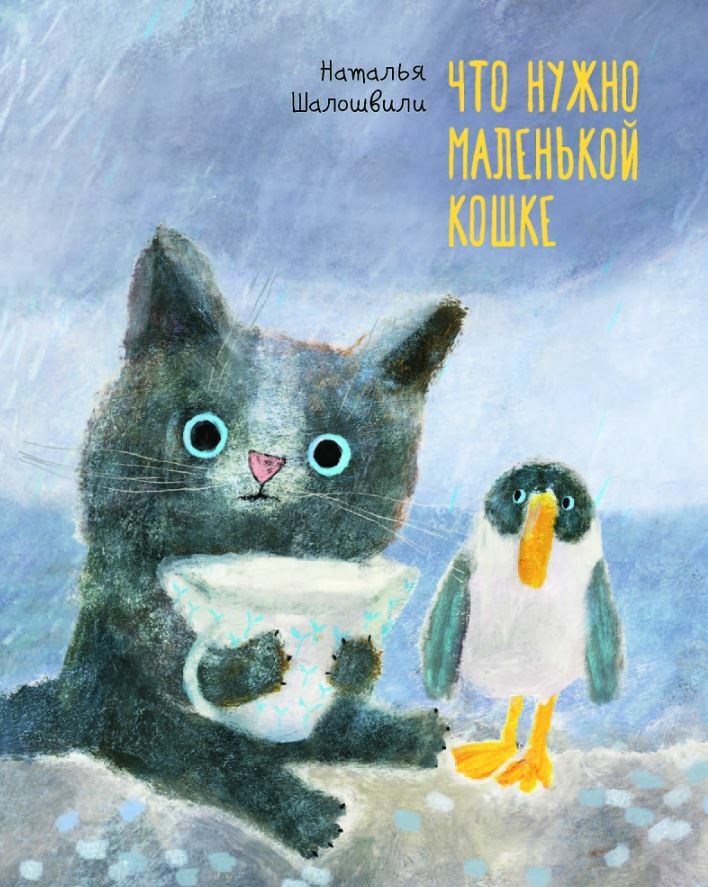 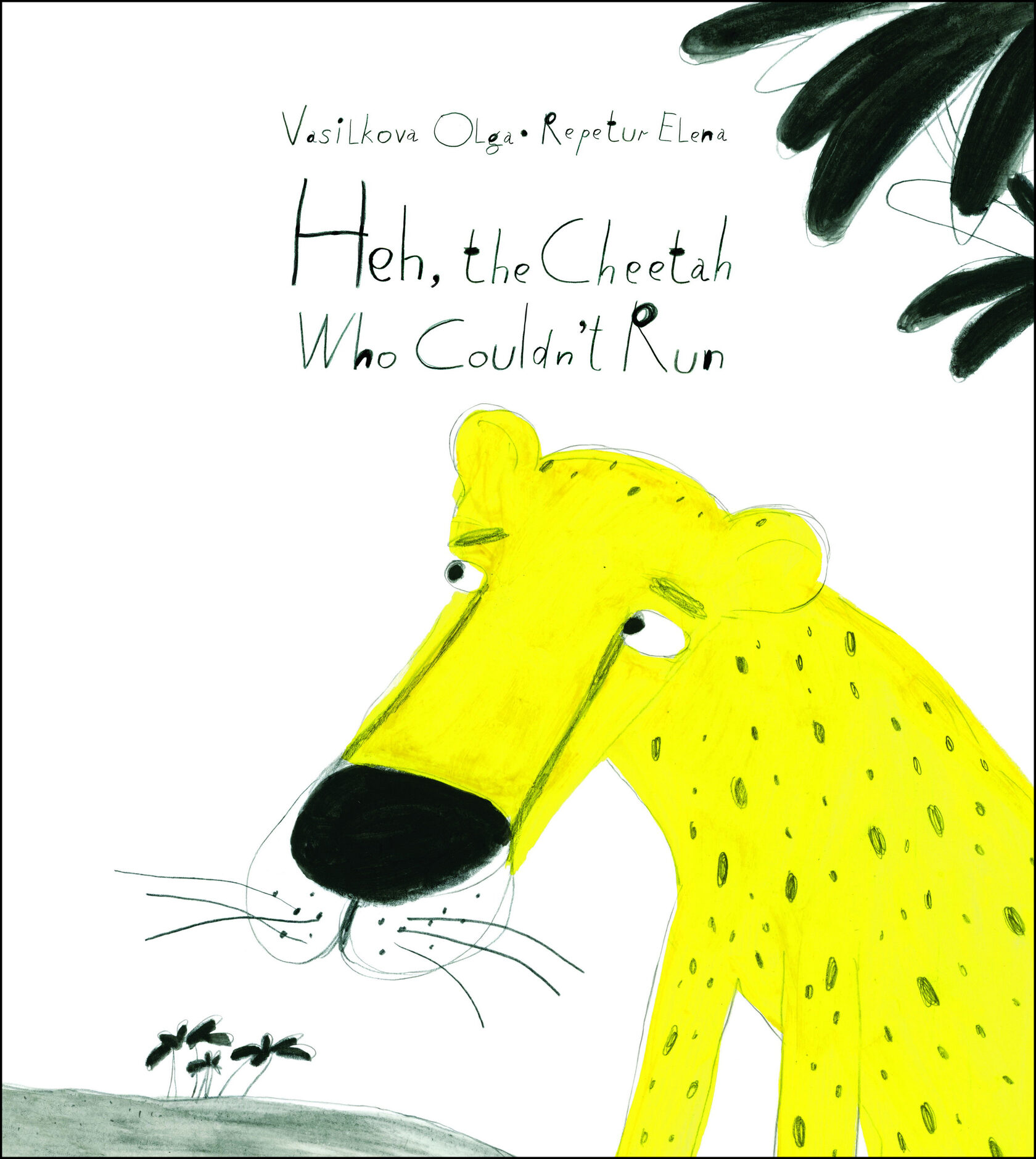 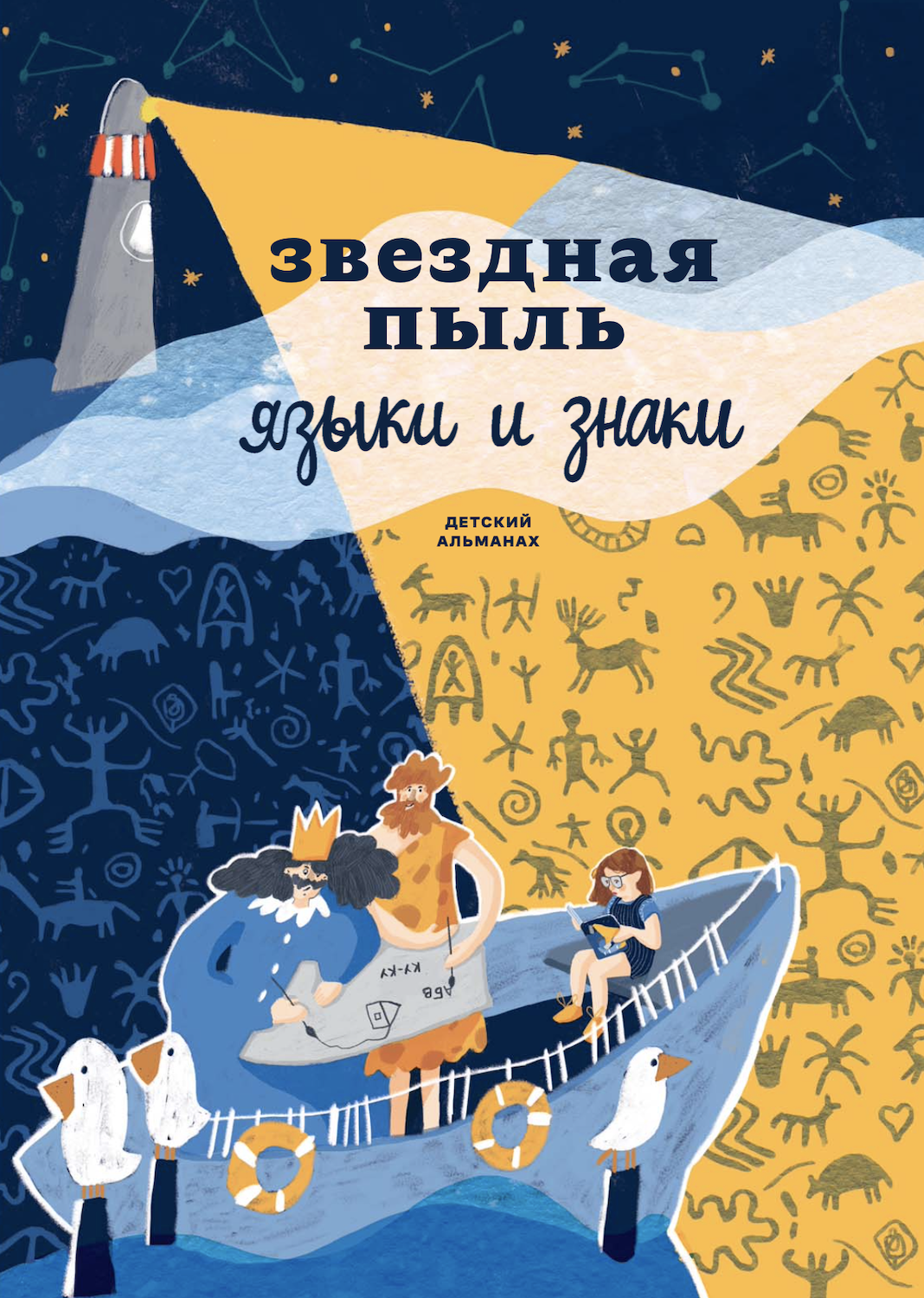 The Swedish edition of How Does a Lighthouse Work? by Roman Belyaev, published by Karneval Förlag, was awarded Peter Pans silverstjärna (English: Silver Star of Peter Pan). It’s a runner-up prize of the Peter Pan Prize established by IBBY Sweden and the Göteborg Book Fair which is awarded to children’s books translated into Swedish.
We’ve just closed a deal on How Does a Lighthouse Work? with an Italian publisher La Nuova Frontiera. The Italian and Simplified Chinese editions expected in 2022 will supplement editions in English, French, German, and Swedish.

This is an award-winning series about engineering masterpieces which also includes the title How Do Bridges Work? The third title about windmills is coming out in 2022.
20/11/2021
Closed borders? Let’s travel through books!
Excellent news are coming from Germany. The Trans-Siberian Railway by Alexandra Litvina, ill. by Anna Desnitskaya (Samokat), published in German by Gerstenberg this summer, was included in August’s “Beste 7” selected by Deutschlandfunk – Germany’s most popular radio station. This is their monthly list of the best 7 books for young readers. In October, the book also won “Luchs” – a monthly prize for children’s books awarded jointly by the renowned German weekly newspaper “Die Zeit” and Radio Bremen. 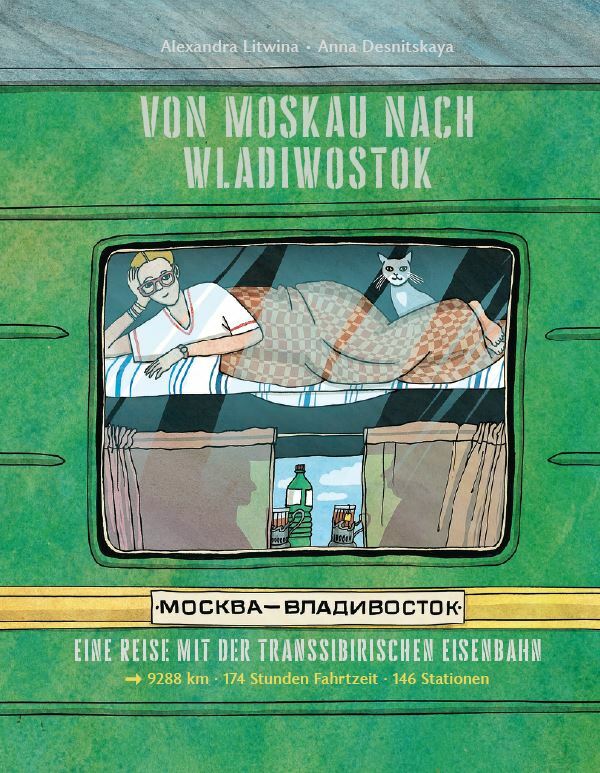 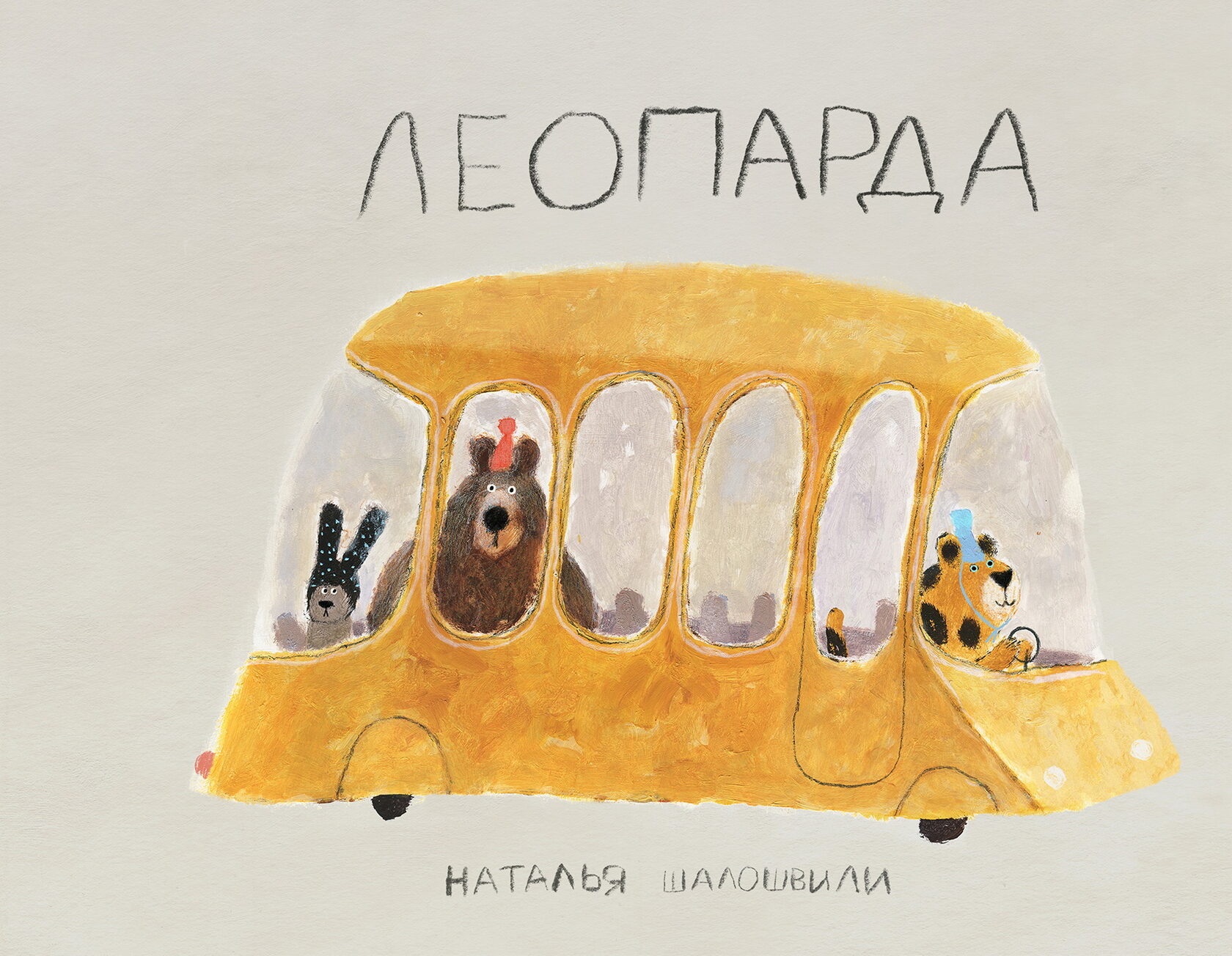 More great picture books from Russia are travelling worldwide. Miss Leopard by wonderful Natalia Shaloshvili is the finalist of the BIBF Ananas International Illustration Exhibition. This lovely picture book raises big topics for children: ecology and urbanism, trends and fashion, critical thinking and pioneering work, herd behaviour and individualism. “Shaloshvili’s minimalistic and slightly chaotic illustrations paradoxically enough create the feeling of harmony and unitedness. Using watercolour pencils and acrylic, she invents charismatic and amusing characters for readers of all ages to fall in love with” – Ekaterina Shatalova for World Kid Lit. A few offers are on the table!
07/11/2021
Look out for The Trans-Siberian Railway in London bookshop windows
Despite closed borders, The Trans-Siberian Railway by Alexandra Litvina, ill. by Anna Desnitskaya (Samokat) is finding its way to Europe! Published in English by Thames&Hudson this autumn, the Russian best-seller is November’s book of the month at one of London’s oldest bookstores – Stanfords. Watch this video where the authors talk about their work on the book (in English).

The rights are also sold to Italian, German, French, Simplified Chinese, and Arabic. The Trans-Siberian Railway will even come to the USA and Canada as a separate North American edition. The deal has just been signed. 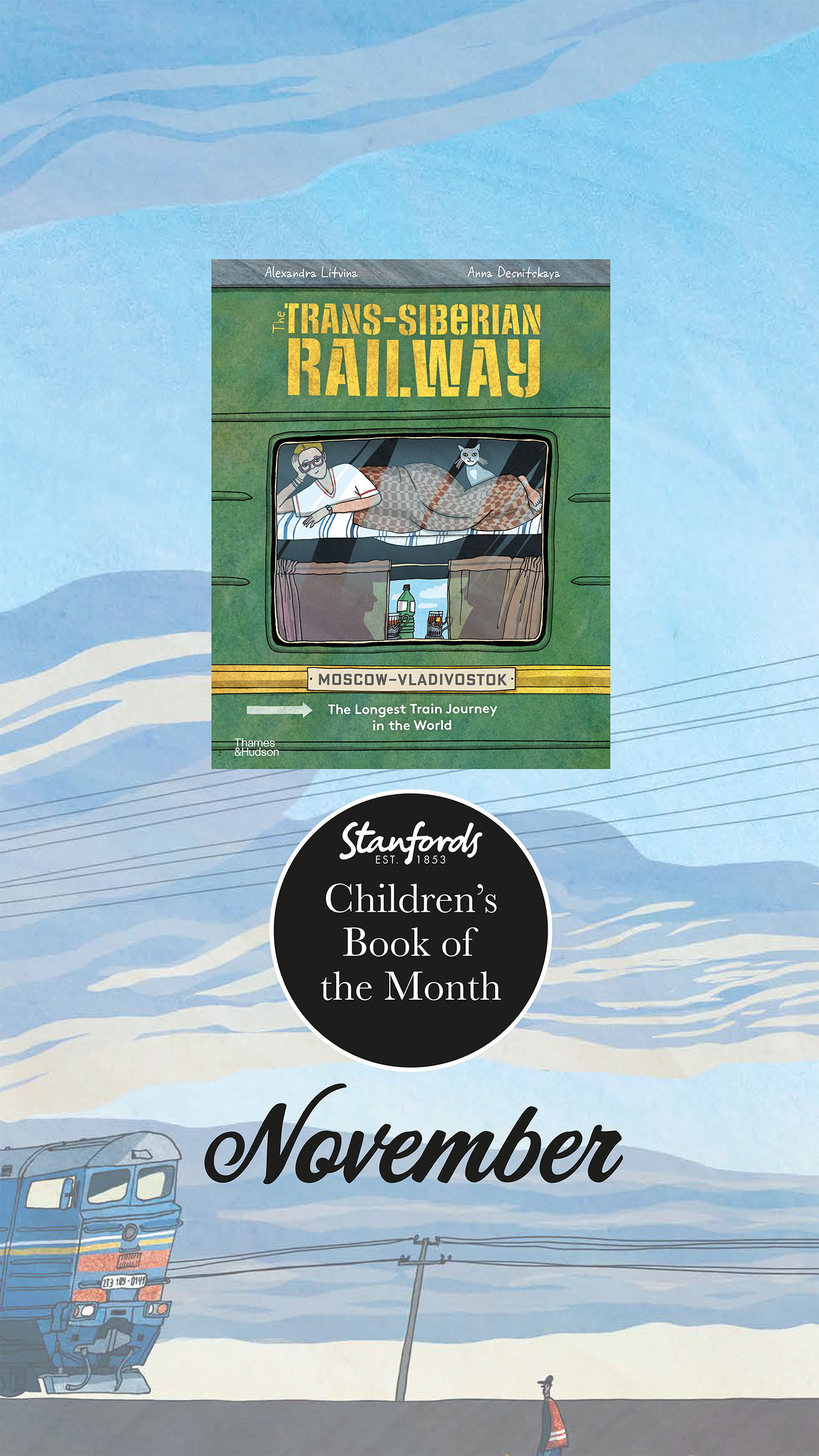 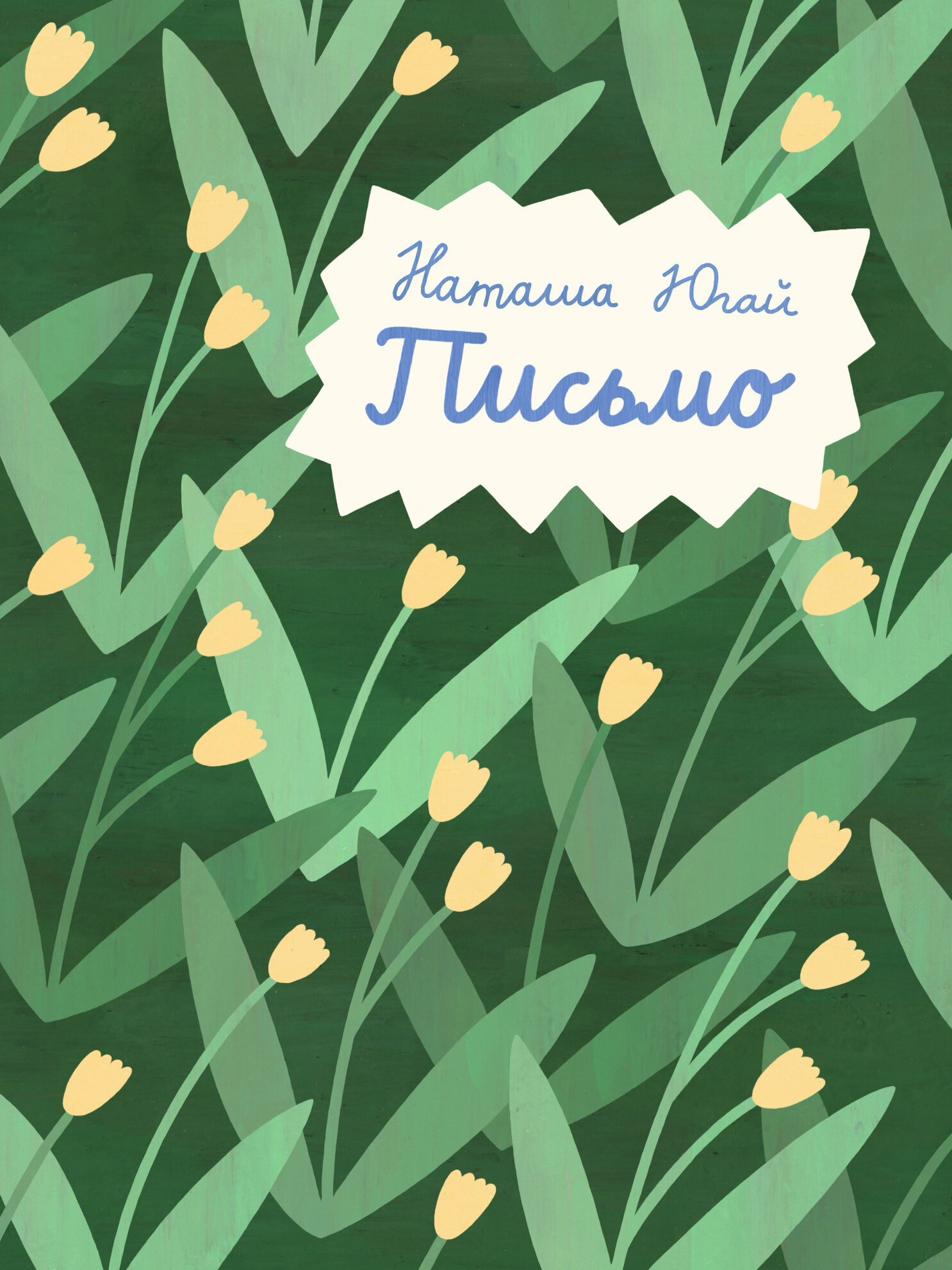 A touching, philosophical visual story with carefully selected colours by Natasha Yugai has attracted much attention from reputable international publishers – dPictus jury of the Unpublished Picturebook Showcase. Following an independent vote of 55 publishers, The Letter made it into the Top 20 of almost 400 projects. Congratulations to this young and talented illustrator for this much deserved recognition. The full English translation is available at request.
01/11/2021
Korney Chukovsky Award 2021 Shortlist
The Music of My Woodpecker by Anna Anisimova delicately illustrated by Yulia Sidneva is shortlisted for Korney Chukovsky Award 2021 in the category Best Middle Grade Book. Although it’s actually aimed at beginning and intermediate readers aged 6-10 depending on the level of a reader, it’s still a duly appreciated high-quality book which started to attract international attention. These short stories tell the tale of a little blind girl ― not in a tragic way but rather with acceptance of life as it is and with great love for the world, which can be so diverse for all of us.

The Invisible Elephant – the first story in this collection previously published as a separate book – was included in the 2017 IBBY Selection of Outstanding Books for Young People with Disabilities. 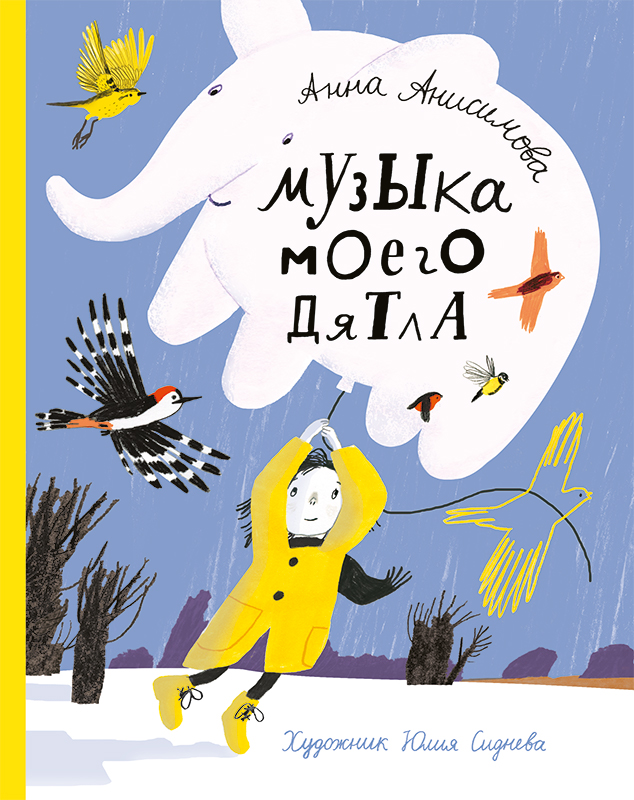 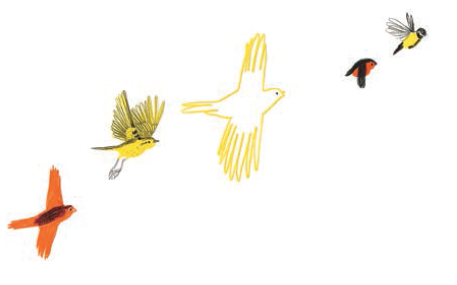 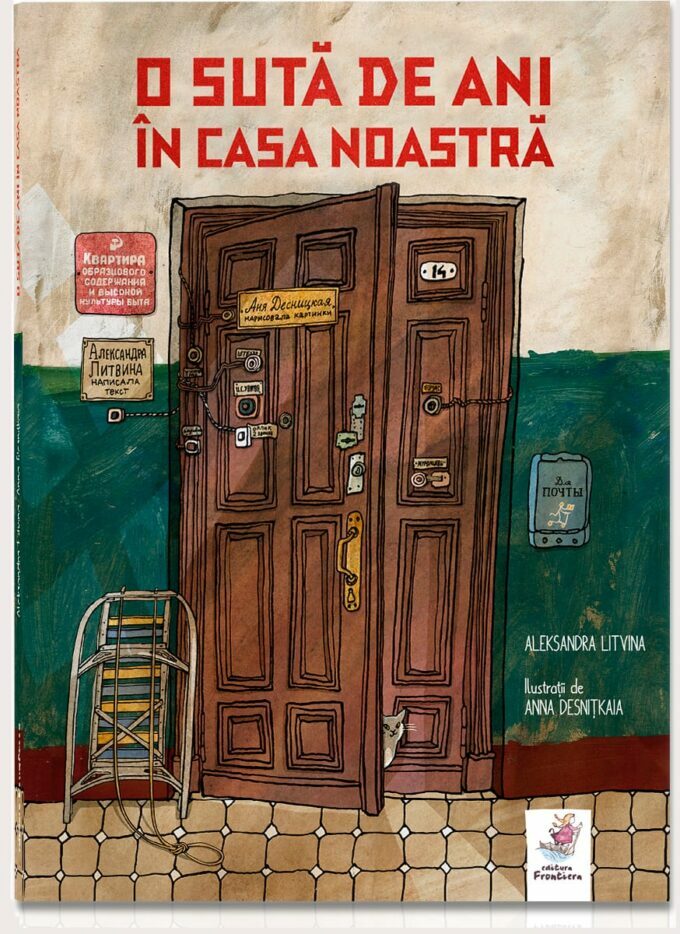 The Romanian edition of the award-winning book, The Apartment: A Century of Russian History by Alexandra Litvina, illustrated by Anna Desnitskaya (Samokat), has just been published by Editura Frontiera, making 85 500 copies printed worldwide.

Wherever this book is published, it becomes a big event at the book market. Among the latest recognitions there is 2021 Premio Orbil – a prize of independent Italian bookstores, – and 2021 Shortlist of UKLA Book Awards (UK). It was also nominated for the Deutscher Jugendliteraturpreis 2018 in Germany and shortlisted for Prix Sorcières 2019 in France. In 2017 the Russian edition of the Apartment: A Century of Russian History won the Golden Apple at the Biennial of Illustrations Bratislava.

Rights sold to 9 languages. Scandinavian, Spanish and many other rights are available.
Fly Instead! Project No.19 by Asya Kravchenko, illus. by Varya Yakovleva, (Samokat) is among 200 very special titles selected from all over the world – the White Ravens catalogue 2021.

The Jury says: "Asya Kravchenko has an eye for childlike sensibilities and writes from a child’s perspective. In her warm-hearted, witty manner she takes the cares and the dreams of her protagonists very seriously, thereby showing that adults should take a sincere interest in them." 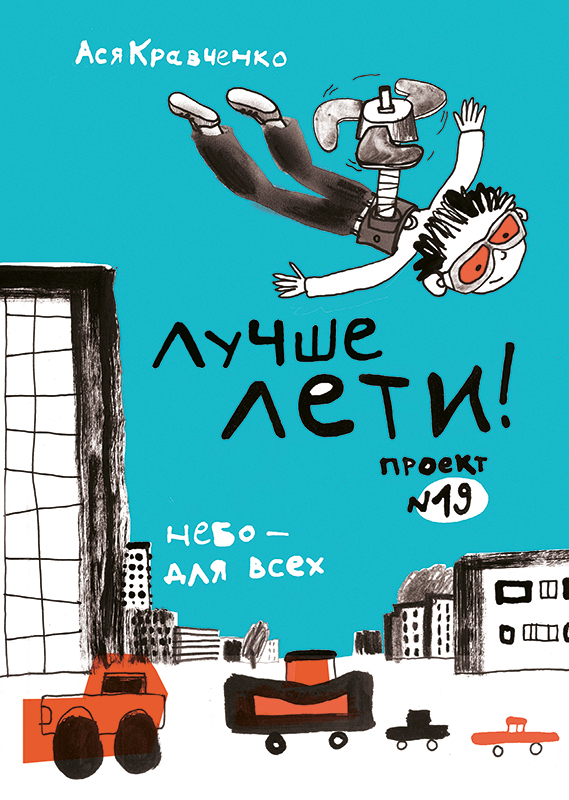 Congratulations to Elena Repetur, whose illustrations for Heh, the Cheetah Who Couldn’t Run by Olga Vasilkova (Albus Corvus) have just won the "MORS" International Festival of Book Illustration and Visual Literature (7-10 October 2021).

It’s one of the main events for book illustrations in Russia.
11/10/2021
Russian illustration festival is in the focus 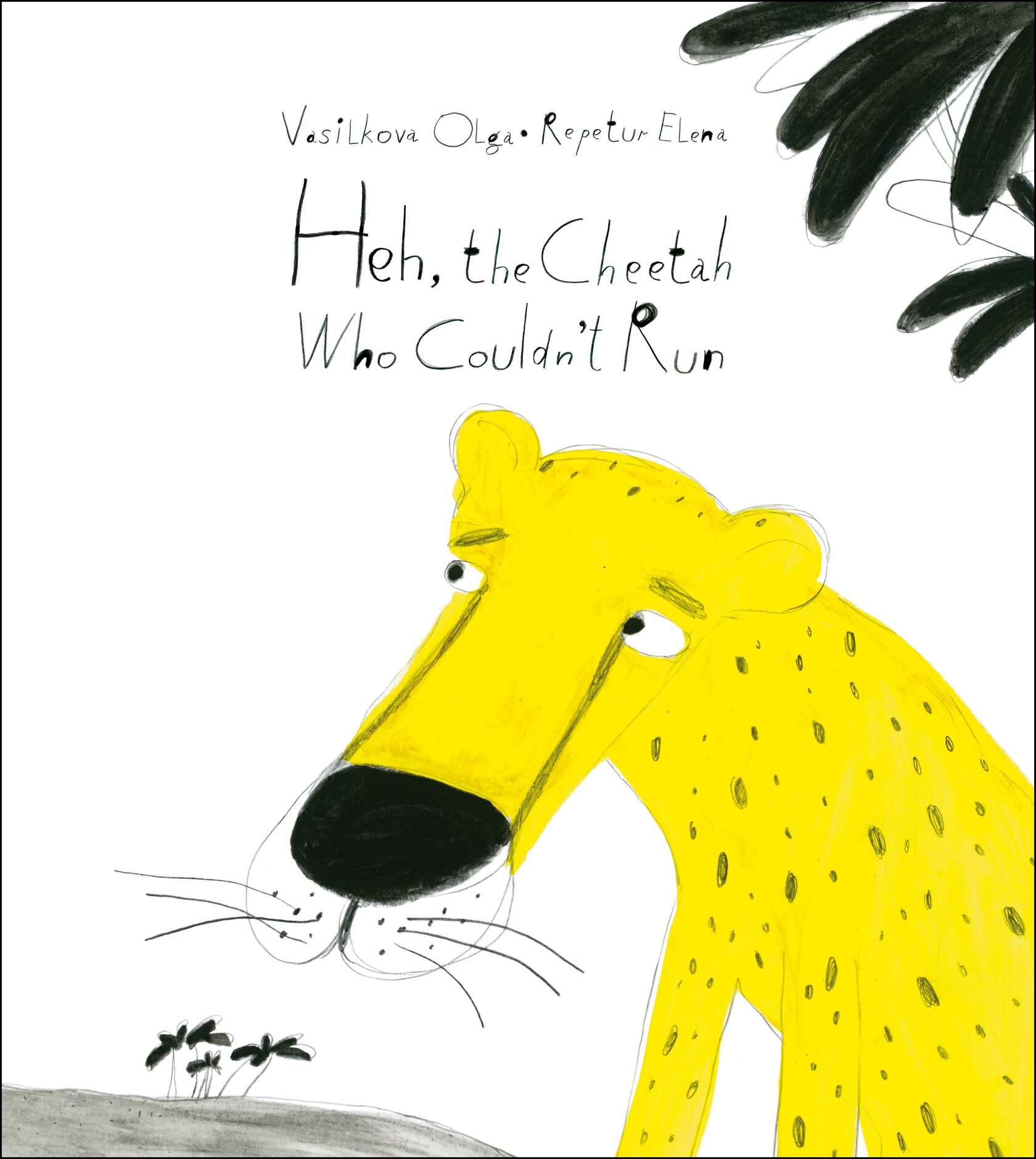 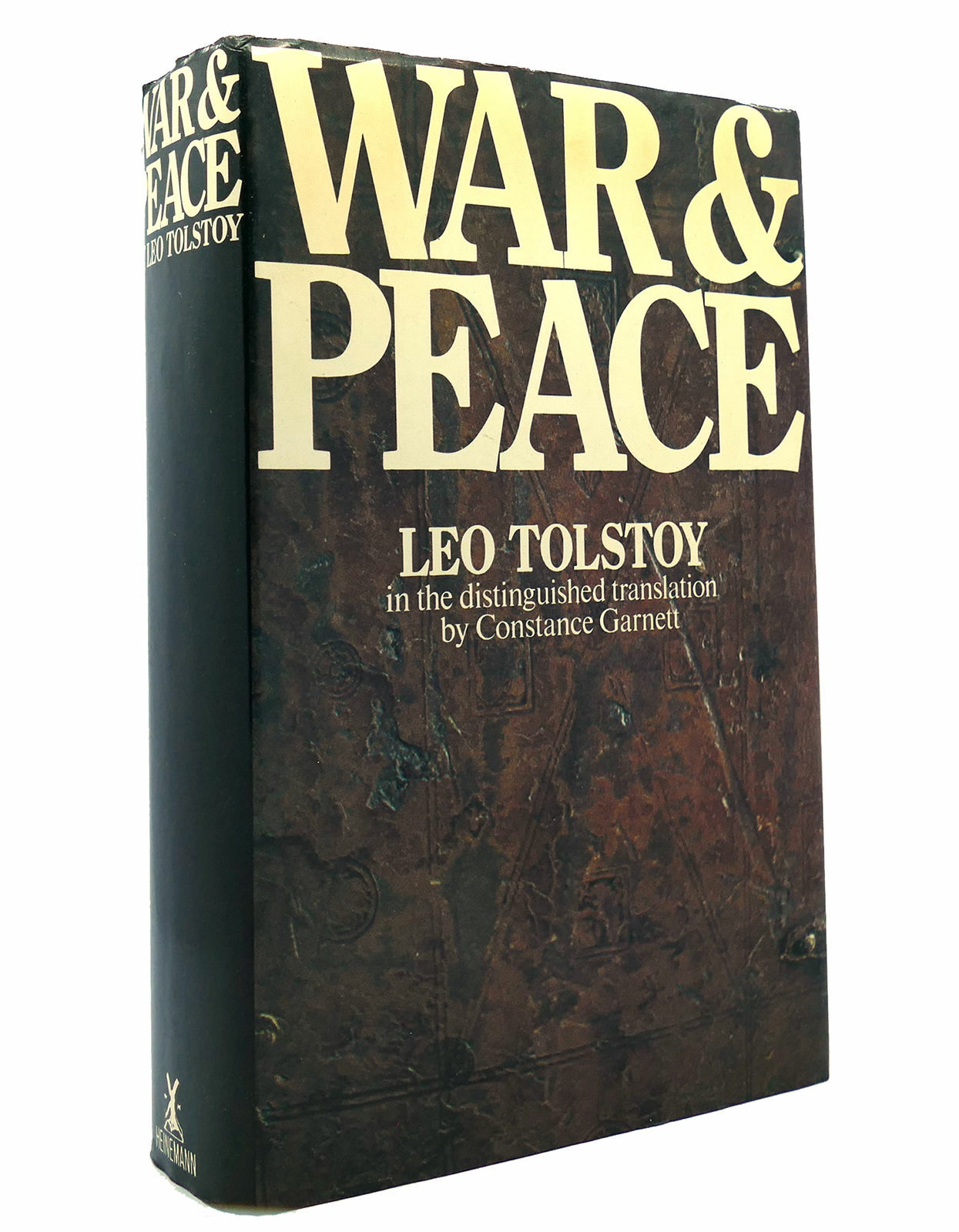 Congratulations to all translators working on making brigdes between languages and cultures!
Many thanks for their curiosity, passion, love, expertise, courage!

Dear publishers, if you are interested in any title of Genya aGency's list but you don't know a translator who could translate it from Russian to your language, don't hesitate to let me know. We will definitely find a specialist and maybe more than one.

The British edition of "War & Peace" by Leo Tolstoy "in the distinguished translation by Constance Garnett" as the publisher Heinemann mentioned on the cover, 1976.
https://www.biblio.com/9780434787548
The online Session of the BIB 2021 International Jury is taking place on 30th September and 1st October 2021.

We are rooting for Eugen Onegin. Graphic Guide by Aleksey Oleinikov and Natalia Yaskina. This artwork is nominated by the Russian IBBY. It's a unique graphic novel based on the Russian classics – Eugen Onegin by Alexander Pushkin. 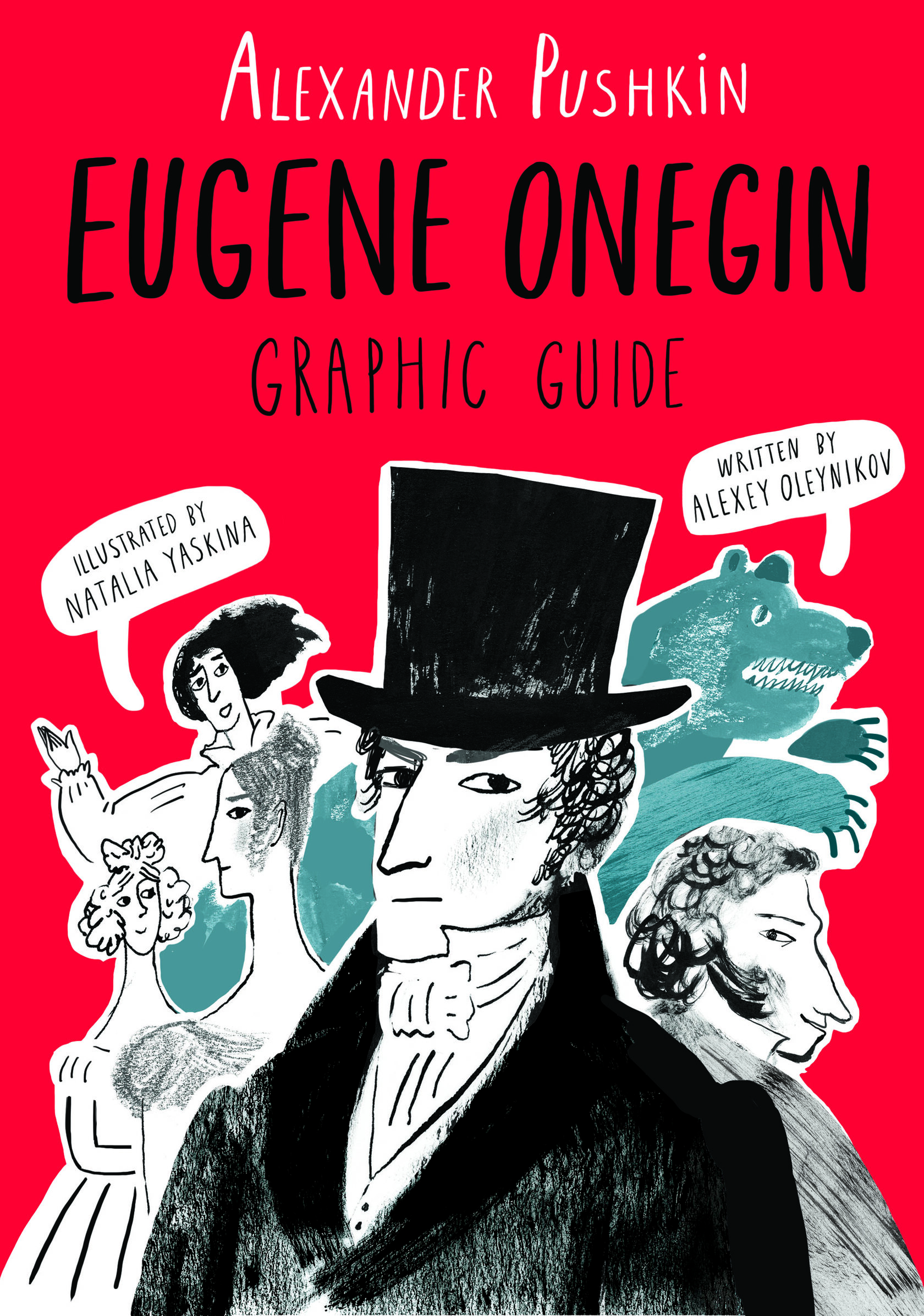 The Biennial of Illustrations Bratislava will be held from 15th October 2021 till 9th January 2022.

In 2017 “The Apartement: A Century of Russian History” by Alexandra Litvina and Anna Desnitskaya, Samokat Publishing House, won the Golden Apple – one of the 11 prestigious awards of Biennial.

We are looking forward to hearing the results of the jury's session BIB 2021.

Nine months after setting up my agency, I’m thrilled to announce the launch of this site!

Many things have happened since December 2020 and I'll start sharing the most interesting of them soon. Stay tuned. 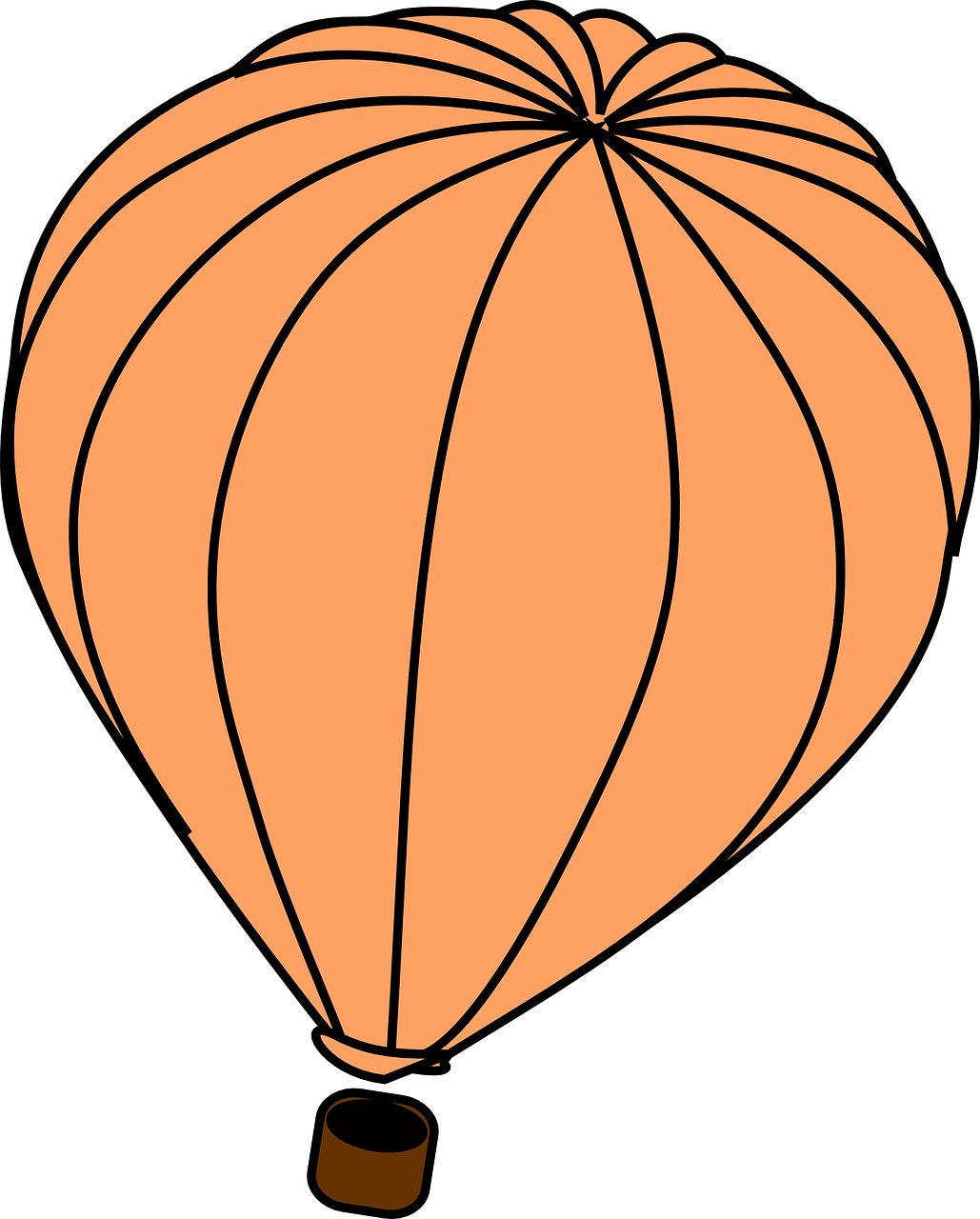 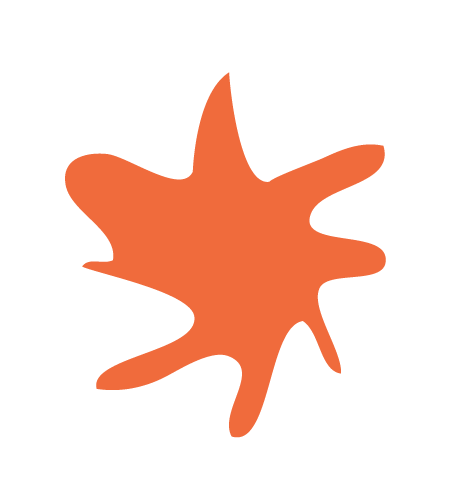 Feel free to request PDFs, English samples, subscribe to my newsletter, or just to say hello.
Made on